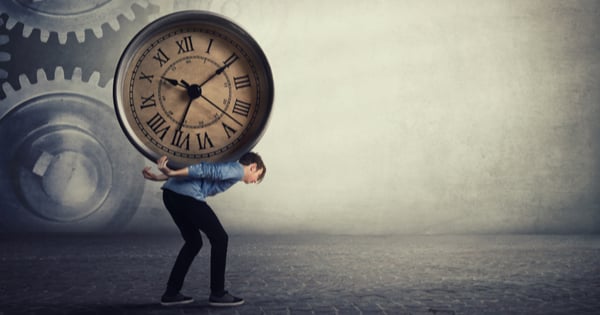 This is my husband’s go-to phrase when I complain about the trials and tribulations of life, especially when I was out numbered by children, Larry was traveling nonstop, and my mom lived two states away. It got to the point where he’d abridge the statement to, “tough times don’t last…”

You can only imagine my unadulterated response? Yeah, it was primitive, unladylike, and definitely unrepeatable, so don’t ask.

I remember calling him to lament when the family van broke down once again, it was a brown and tan Ford Aerostar, could not have been uglier, we called her Reese after the peanut butter cups, she came with three rows of seats, and opposing slider doors. The good thing about sliders is the doors don’t get dinged when the kids pile out, but the bad thing is they get left open, which periodically drains the battery.

I could totally relate because much of the time I felt drained.

So one day when my battery, I mean the car’s battery, was completely dead, and I still had to chauffeur the kids to and from swim, soccer, basketball, etc., and my generous neighbor Bob was not home to lend me his car, I rang up Larry in desperation, who was vacationing, escaping, excuse me, working in Connecticut (could he be further away) and explained my woeful predicament.

I had t-shirts made up that said, “I’m Hosed,” in bold letter across my breasts and I rented a deluxe Hummer for the rest of the week.

Anyhoo, so recently I’ve been hearing the old adage, “tough times don’t last…,” and I’m not talking about reconstruction woes, something much worse has transpired, and with no viable options, Larry has reverted to this impoverished response.

If you don’t want the full and unabridged edition, skip to the end, because I plan on chronicling the series of unfortunate events in gruesome detail. Trigger warning, it’s a dreadful tale, and you might develop empathy pains, high blood pressure, and an addiction to wine. Read at your own risk.

I’ll paint you a picture as vivid as possible so you’ll barely have to use your imagination.

It’s our last day up at the lake, the guests have all gone home, the laundry is done, the kitchen is cleaned, the bathrooms are spit shinned, and my robo vacuum is on the move. The temperature is hovering around a hundred degrees, with humidity just over fifty percent, and we decide conditions are excellent for a impromptu boat ride.

Fortunately, or not, we are still able to get our boat out of the lift and into the water. The lake is so low this year, by mid-July we’ll run out of cable, and be forced to launch and recover the boat each time we want to use it. That’s a total hassle but you can’t be stranded without a boat in the middle of summer.

Larry heads down to the dock and enters into a rather prolonged battle with an army of gregarious spiders. They hang out under the dock in bulk so when you lower it to get the boat in the water the spiders climb onto the dock and into the boat as if an undeterrable rebel force. Keep in mind Larry is not really a spider guy.

I see him out in the middle of the lake with an armory of wet rags trying diligently to knock the spiders off the boat. The problem is the spiders cleverly throw a web from the water and simply crawl back into the boat but literally there are hundreds of spiders and one towel raging defender, let me just say it’s not going well. It appears the spiders have the upper leg so to speak. Larry’s new strategy is to push as many spiders as possible into the water, then move the boat to another location, and repeat. It’s way funnier watching than I’m able to describe but my sense of humor is a little warped these days.

He finally returns to the dock all worn out but victorious.

My stomach hurts from laughing so hard but nonetheless Jim, Sue, Larry, and me manage to load up the boat with coolers, towels, and flotation devices, heading out to Buckingham to float in the cool water, sip a little wine, and shoot the shit.

It’s as if we’ve not a care in the world but this is about to change for one of us.

The water is extraordinarily refreshing, especially in this humid, hot weather. As time passes we decide we need to check out Konocti Harbor and Resort that recently opened up for guests. Apparently, there is live music and cocktails tonight.

After scrambling into our wrinkled coverups, and doing what we can with our wet hair, we head over to the new lakeside bar for a lookie-loo. By the grace of the lake God we score a table and enjoy a refreshing cocktail with the smooth sounds of an Acoustic Guitarist. We decide the music is a little too loud for our liking, but we’re old, and our ability to hear each other talk over all that racket might have something to do with it.

When the music becomes too much for our aging ears, we decide to boat over to Lakeport for Pogo’s Pizza, the perfect ending of a perfect evening. Yeah, not so fast my friend.

The lake is eerily quiet, the water is ours, and ours alone. Clear Lake is one of the richest lakes in the state when it comes to nutrients. That is one reason we have algae blooms as well as a massive amount of aquatic weeds. Some of the species of aquatic weeds have been in the lake for more than a million years. Can you imagine?

The most common weed is hydrilla, it’s classified as an invasive weed, and this year with the depth of the lake so low, the weeds are out of control. We made it halfway across the lake before the boat started overheating and Larry had to physically unravel the weeds from the prop, but we made it to the Lakeport docks and ordered a large combo pizza.

Thirty-five minutes later, as the sun is setting in the western sky, we’re enjoying the cool evening shade and a piping hot Pogo’s pizza. This is the best pizza I’ve ever eaten, it’s all about the crust, and the four of us are able to dust off a large combo in record time.

After we’ve had our fill we head back to Kono Tayee to enjoy the fire pit and a nightcap together.

We’re all lulled by the smooth ride home, I’m sitting in the back-facing seat next to Larry, with Jim and Sue leaning against the seats along the stern of the boat. As Larry makes a sweeping turn just inside the buoys by our dock, he decides to gun it (without warning), and as luck would have it an unexpected wave meets the bow of the boat as it’s entering the self-induced spin and suddenly we are airborne.

I fly a foot into the air, that’s saying a lot, I’m not exactly as light as a feather. Sadly what goes up must come down, and I slam rib first into Larry’s knee, the rest of me lands in a heap on the floor of the boat. There is a rather loud crack, horrendous moan, as the wind is knocked out of me. I can’t move or breathe or speak for several minutes. Not funny!

I shake my head no because I can’t speak.

Sue says, “I heard the crack.”

When I regain my ability to verbalize I scream, “what the hell Larry?”

“Nobody notices, only you’ve known, you’re not sick, not crazy, not angry, not sad ~ It’s just this, you’re injured.” Claudia Rankine

The searing pain is nearly unbearable, and I’m not a wimp, I gave birth to four children without pain meds. But this, this is cruel and unusual punishment for the crime of a pleasant voyage. I manage to stand when my ability to breathe returns.

Hobbling up to the house I land in a deck chair and remain there for the rest of the evening. As the skies darken so does my injury and by bedtime I can barely walk, sneezing and coughing are out of the question.

I spent the entire night moving from couch, to recliner, and back to the bed. I couldn’t get comfortable and by morning I was literally crying, “I can’t sleep, my ribs hurt, something is broken.”

Poor Larry was trying to close up the house, pack up the car, and deal with his injured wife. He kept saying, “you’ll be fine, it’s just a bad bruise.”

With me walking around braless, aimlessly moaning, “I’m dying, I’m dying. Tell the kids I love them.”

The ride home was exhausting, I had to hold the seat belt away from my rib, elevate my braless boob so it wouldn’t bounce on the wound. Try not to picture this in detail. I was a throbbing piece of agonizing flesh and I did not hide my displeasure well.

When we arrive home, I am unable to find a comfortable position, and apparently I became a little demanding?

We had a family dinner planned for tonight, so I sent Larry to the store with a lengthy list, after he spent four hours putting together his new Napolean barbecue. My daughters put together the salad and side dishes, Nic and Larry grilled, while I directed the clean up from my chair. I do what I can.

I’m finding out that I’m quite good at delegating, who knew, and I think it’s going to be this way for quite some time. There’s something beguiling about cracking a rib or two, you end up finding yourself in the broken bits, because what I was doing and where I was going no longer exists. It allows you the time to finally just be with out judgement or guilt. A new type of being is born, one whom is more fearless than ever, one who fully understands, “tough times don’t last, tough people do.”