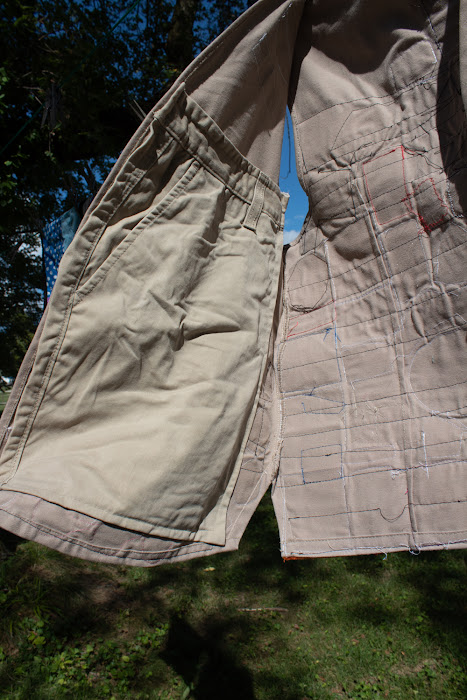 This is my best idea yet, according to the kids.

I cut the front and back pockets off of a pair of Matt's old work khakis and divided them between the kids' two Girl Scout vests. 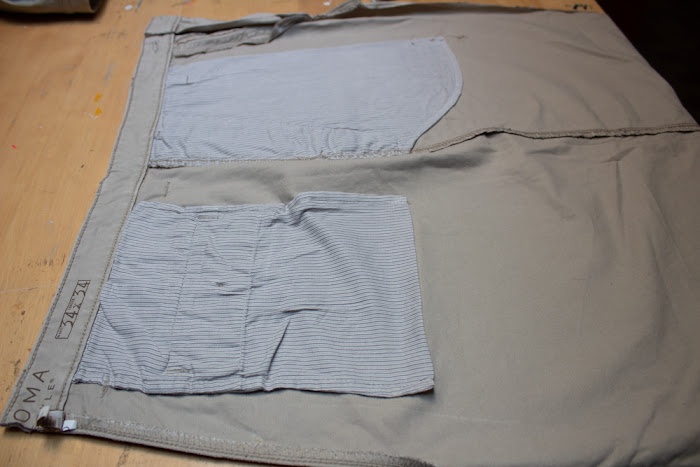 Fortunately, my two kids are opposite-handed from each other, so I could place each front pocket on the side most convenient for her to reach in with her dominant hand: 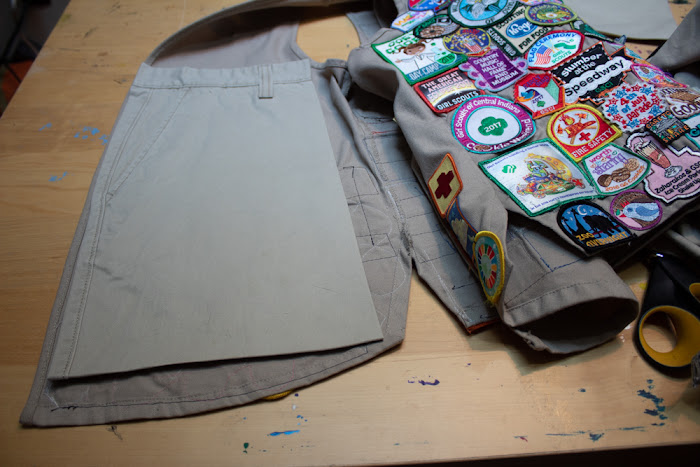 Those front pockets are super deep, so that almost the entire front flap is now pocket on the inside!

I also left the waistband, because that belt loop is the perfect spot to attach a carabiner and thereby hang even more stuff: 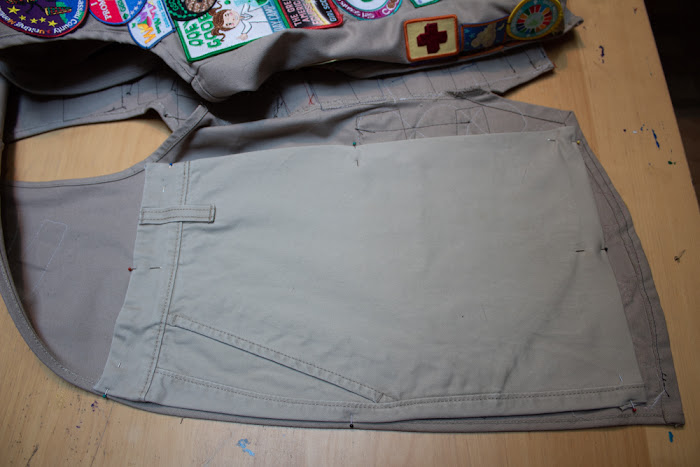 The back pocket went inside the other vest flap. It's not quite as roomy, but it has a button closure so will be a good place for the kids to store money, their ipods, or other valuable items: 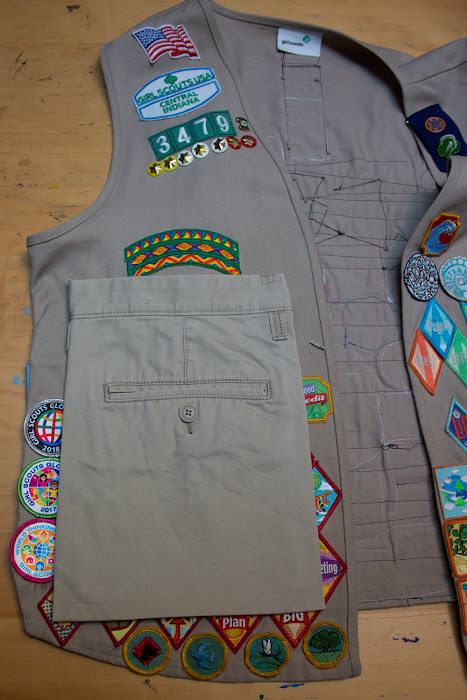 The bad news is that now I've basically locked myself into hand-sewing the rest of their badges onto their vests. Each pocket is roomy enough on the inside that it will be no trouble to fit my hand in, but my days of stitching badges on in seconds are over, alas.
For that reason alone, if the kids were still Cadettes I wouldn't make this modification. They've both slowed the pace of their badge-earning quite a bit, though, and now maybe this will finally be the incentive that I need to let/make them sew their own badges on.
It wouldn't look perfect, though, so probably not...
Since I had to take all the pins off the vests for the sewing machine, I decided that this beautiful day was also a fine time to spot treat a few stains, give the vests a quick wash on gentle, and hang them to dry in the sun:

Even though I used invisible thread on the outside, you can see that because of the weight of the pocket fabric the stitching is still visible: 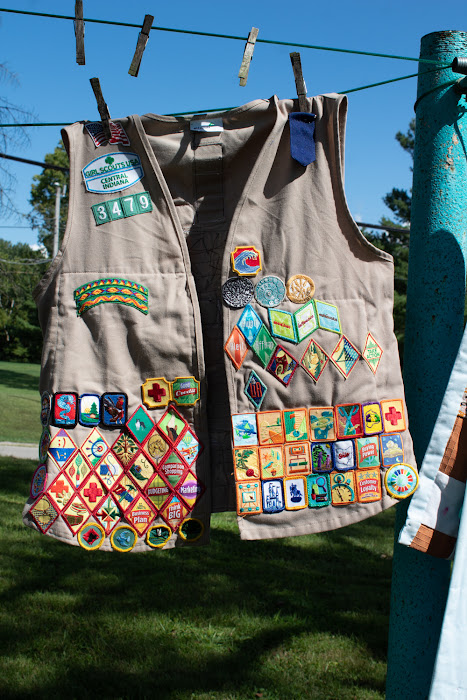 I think it's fine, though. If you weren't familiar with Girl Scout vests you'd probably just think it was part of the vest's construction. But I'll be curious to see if any Girl Scouts end up asking my kids what's sewn on the inside of their vests! 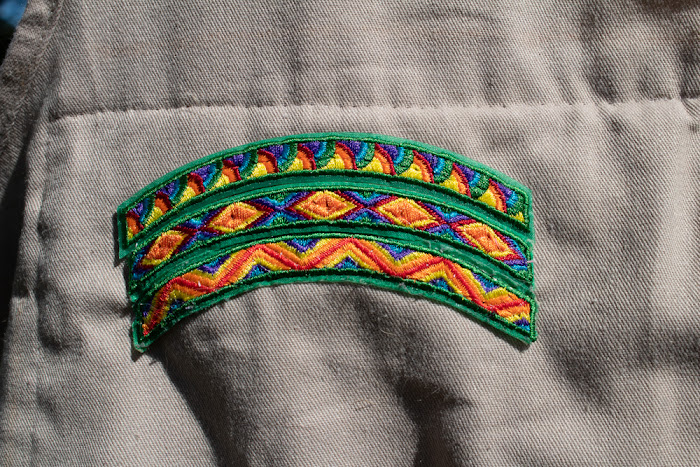 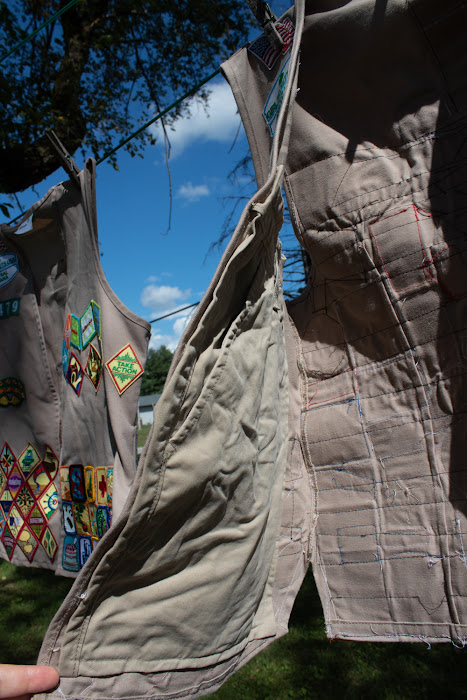 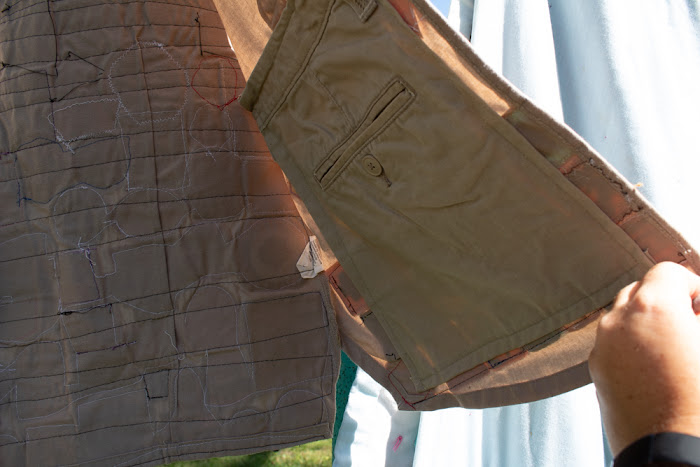