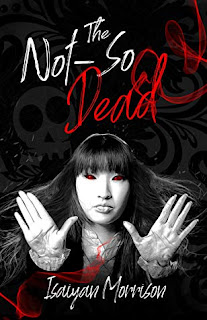 The Not-So Dead by Isaiyan Morrison
Published in America tomorrow, the 21st January 2020.

Add The Not-So Dead to your Goodreads

All Faye wants is another chance at being normal: hanging out with friends, playing video games, reading the latest Manga... As a wraith, her craving for a normal existence seems forever out of reach. When she makes the move to the small town of Hueman, Texas with her not-so dead nomadic family, she prays this fresh start will be the one that sticks.

Until... one of her kind is murdered by a mysterious man in a black mask.

With only Carter, an unlucky human witness, by her side, Faye must find a way to prevent the body count from rising and protect her familys secret identity. As the man in the black mask lurks in the shadows waiting to strike again, her choice becomes a matter of life and death.

In the face of true evil, being normal is overrated. 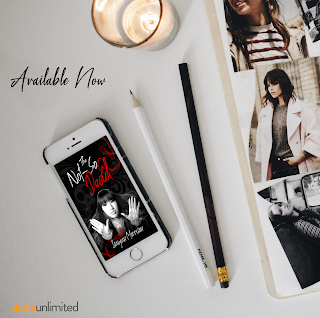 Isaiyan Morrison was born and raised in Minneapolis, but her heart is in the impressive magical worlds she dreams up. She hopes to share her love for world-building with her readers and help guide them through the extraordinary settings she creates. Her other passions include reading, and researching historical events. She also enjoys gardening, gaming, and spending quality time with her three cherished cats and beloved pitbull.

Be sure to sign up for her Newsletter to be notified of Isaiyan's newest releases!

And now it's time for the Giveaway!

The prize is a $20 Amazon gift card.
Open internationally until the 30th January.