If you’re not wearing a belt, you won’t be chased down the street by a screaming horde of children pointing their figures at you and yelling, “He’s got no belt on.” While you don’t really need to use a belt to keep your pants on, whether it be a leather belt or even a tactical belt, wearing one of the best men’s designer belts can complete an outfit.

Remember how the Dude in The Great Lebowski claimed that his rug “really pulled the room together”? That’s what a belt does, it pulls together separate items and makes the “room,” i.e. your clothes, appear to be a harmonious, visually appealing design. When you have something as good-looking as a number of the best men’s designer belts, your outfit can look fully evolved solely due to the buckle. Belts really just have a subtle yet stand-out way of bringing your look to the next level.

That belt buckle, those polished rose gold loops that vaguely resemble stirrups have been stylishly wrapped around men’s waists for a long time. This understated designer item could be considered one of the best men’s designer belts because it’s understated and not “shouty.” And that’s why it’s probably considered to be a classic menswear item. It never ever goes out of style. Yes, wear it with dress trousers and black or dark jeans. Depending on the look you’re going for you can even reverse the belt and make it black or brown. It’ll look fantastic no matter what you choose. 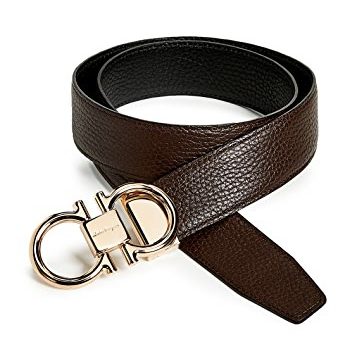 Most designer belts for men are designed for formal wear, but not this stylish Off-White accessory. From the genius mind of Off-White’s Virgil Abloh, this Off-White belt is instantly recognizable and effortlessly cool. (You might need to wrap this extra-long belt around your waist twice or let it hang low.) If you want to elevate any streetwear outfit, then this belt is a must-have. Wear it with any style of denim and you have an outfit that’s sure to turn heads. 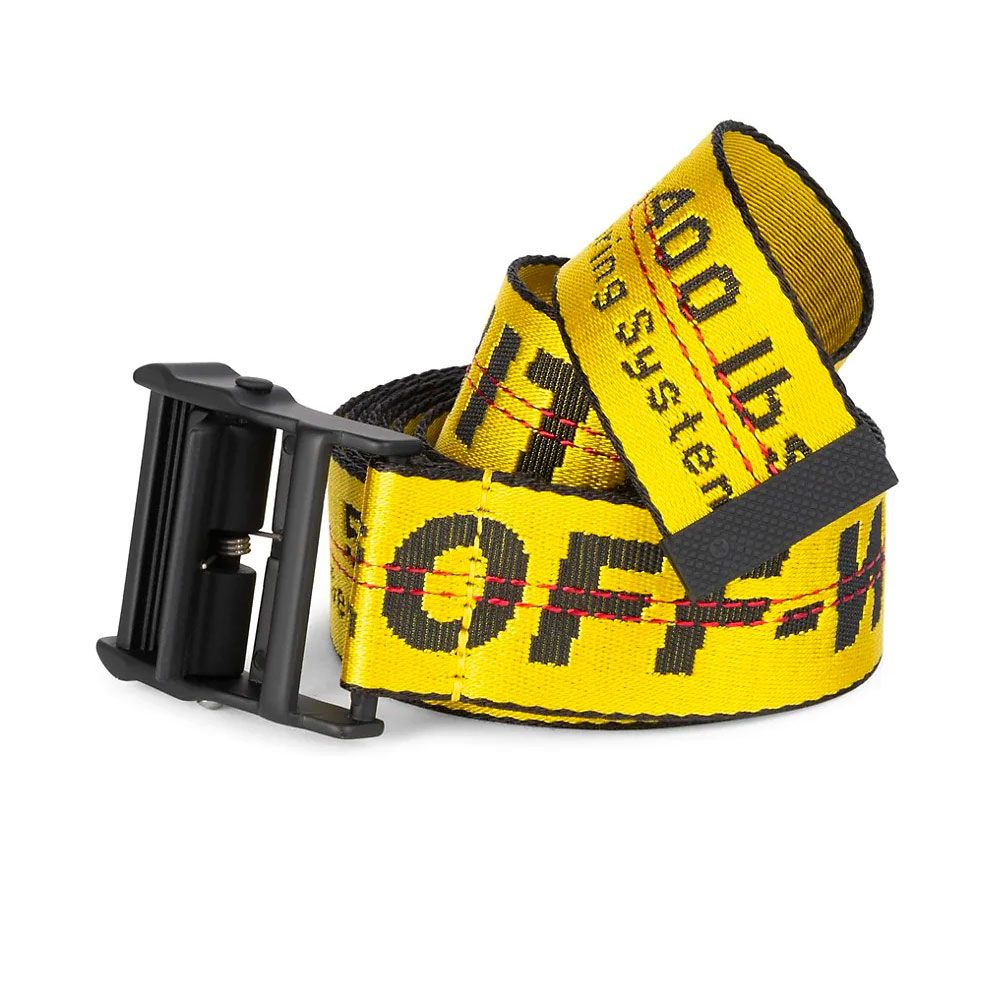 Prada’s designs either fall into the minimalism chic or “whoa, what is that?” type of look. This cleanly designed belt is one that can be worn forever, and then some. The leather is neither too shiny nor too matte, and the silvery plaque harkens back to her 90s creations. Because it’s got a low-key style and is reversible, it really does go with whatever you’ve got, whether it be a suit or a casual weekend look.

Believe it or not, there was a time when Burberry was considered “de trop” or too, too much. A lot has evolved since that awfully bad fashion moment in the early aughts, and Burberry is back as one of the top British design houses. The belt has a dark tonal plaid that’s highlighted with a silver-tone logo buckle. 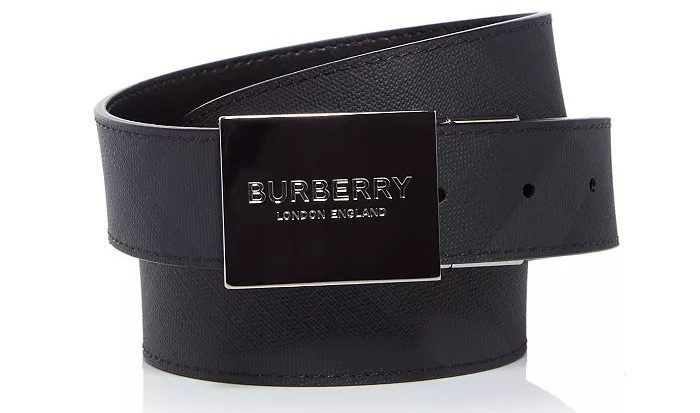 Back in the late 80s and early 90s, German brand MCM was a starlet’s dream. It was cute, fun, designer, yet affordable. Then, they vanished. Since making a comeback in the early aughts, they’ve become one of the most ubiquitous designer brands around. And that’s okay. The price points won’t kill you, and the items are nicely made. If you’d anthropomorphize the brand, it’s a happy puppy. This belt gives off an upbeat air and reverses to solid black. 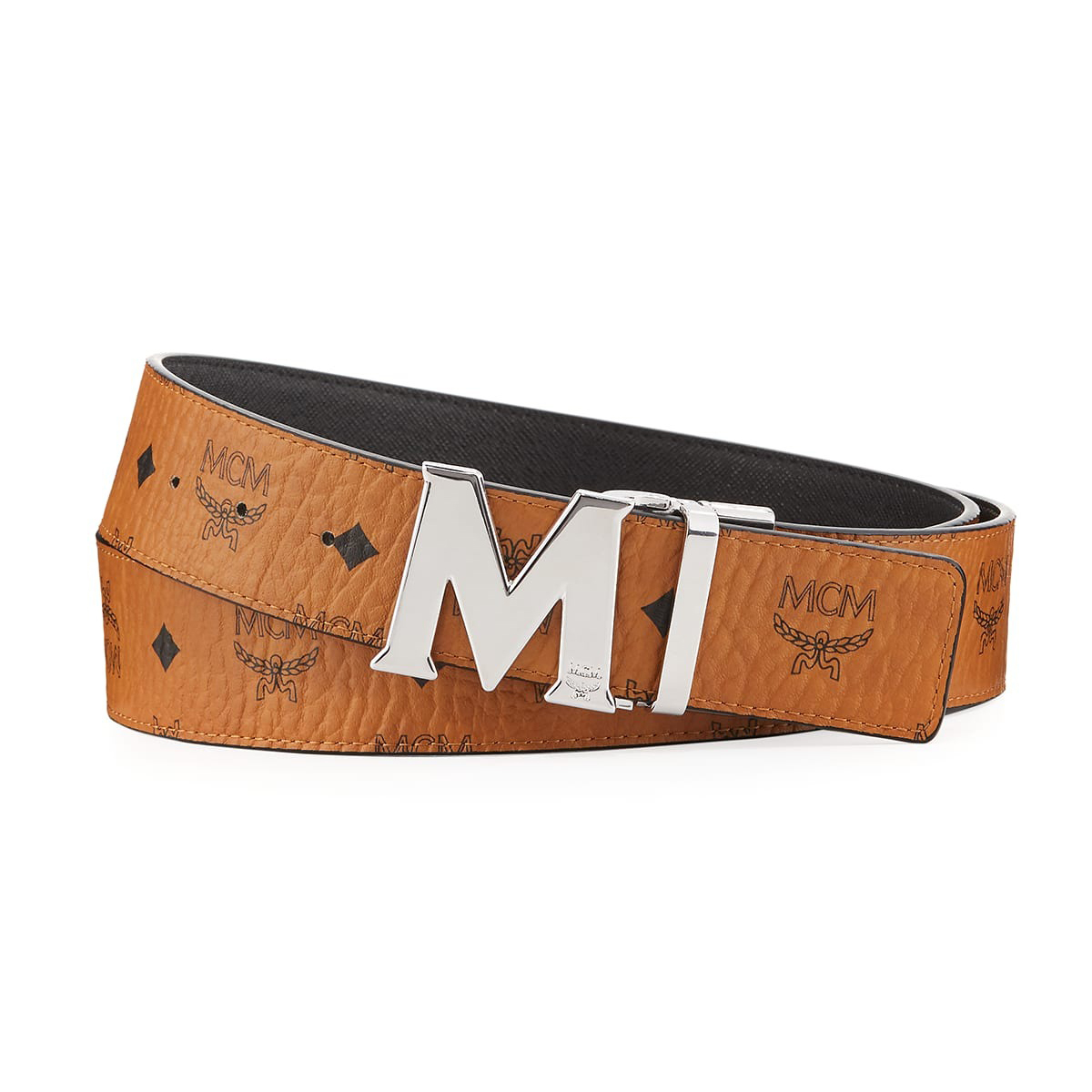 Tom Ford shook up and revitalized Gucci when he was the design house’s creative director back in the 90s. When he launched his own line, he turned menswear on its ear and that’s a very good thing.  So of course, trust Tom Ford to take something as basic as a belt and turn it into a statement. From the pliable, full-grain leather to the gold, glossy elongated T, this belt just exudes badassery. Snag this in two different shades of black leather depending on your style preferences and really amplify your look, no matter what you’ve got on. For real, this belt can even make a pair of 20-year-old jeans look hot. 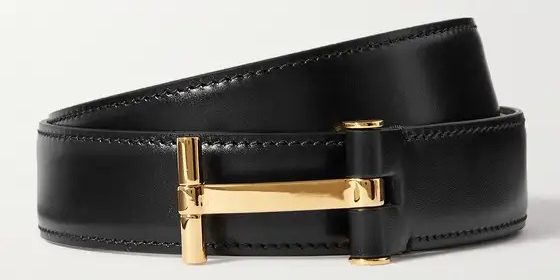 Here’s the perfect gift for yourself; a designer belt at a great price. This designer belt with its glossy black leather and gold-tone letters is impressive looking. 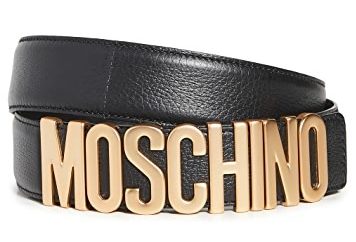 Cardi B said it best. “He buy me Yves Saint Laurent, and a new whip.” In this case, the “he” is yourself and the “new whip” is your 2007 Toyota Corolla, but hey, at least you’ll be looking A+ in this leather YSL belt. This bad boy is 100% grain leather and made right in Italy, as expected. Pair it with a tux at your next formal event, wear it to the office on a casual day at work or even for your next date night. It’s all up to you. 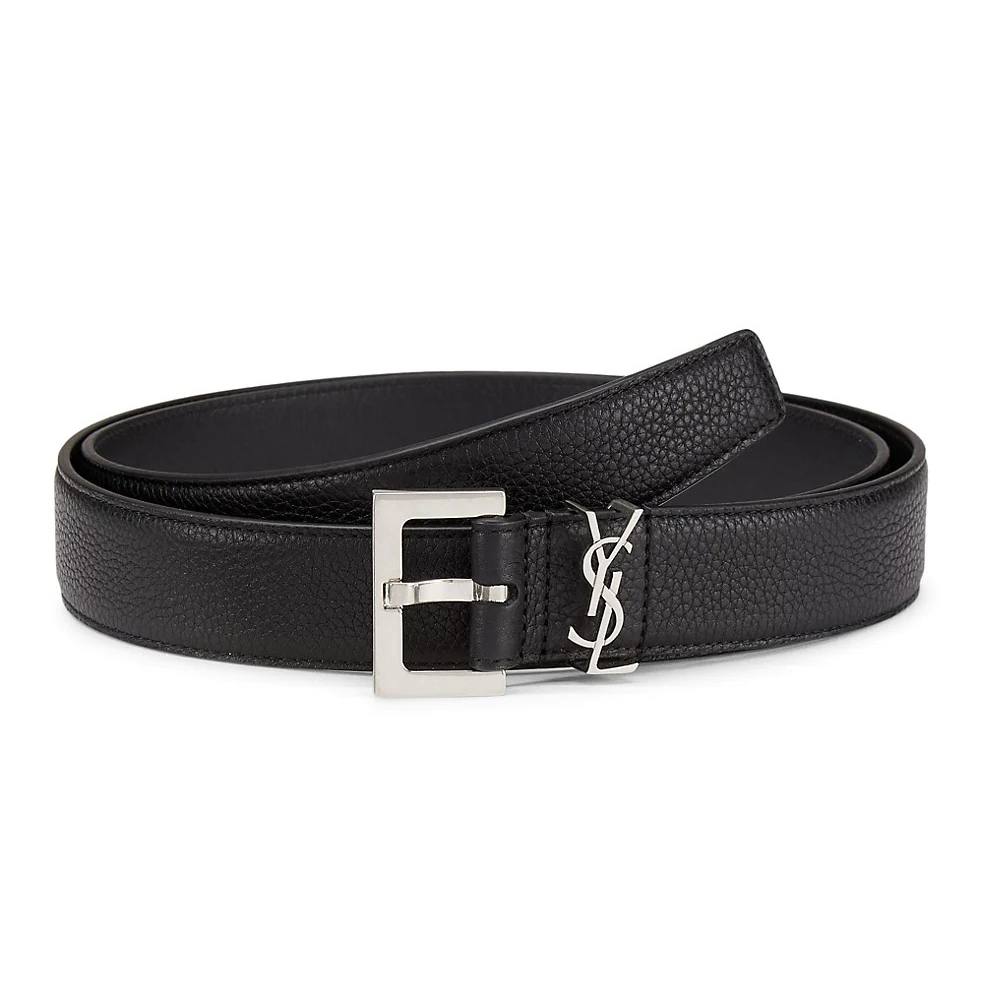 There are a lot of cool belt buckles when it comes to the best men’s designer belts, but so far this one from Loewe is taking the cake. This superfluid “L” logo keeps changing its shape every time you look at it. The anagram could be a butterfly, two people kissing … you get the idea.

I know what you’re thinking, how is anything designer considered to be a smart financial investment? Welp, if you do a bit of research, you’ll keep running into articles where it turns out that nicely taken care of designer leather goods can, especially if they’re a classic or limited edition style, be resold for much more than the original price. This Louis Vuitton belt could be considered to be like buying a promising stock.

Martin Margiela never gave an interview throughout his tenure at the label that bears his name. Even today as an artist, he won’t do it. His brand reflects his philosophy; create stellar work, and let the materials speak for themselves. His leather belt is an ode to minimalism as the sleek double buckle has the logo discretely engraved on it. 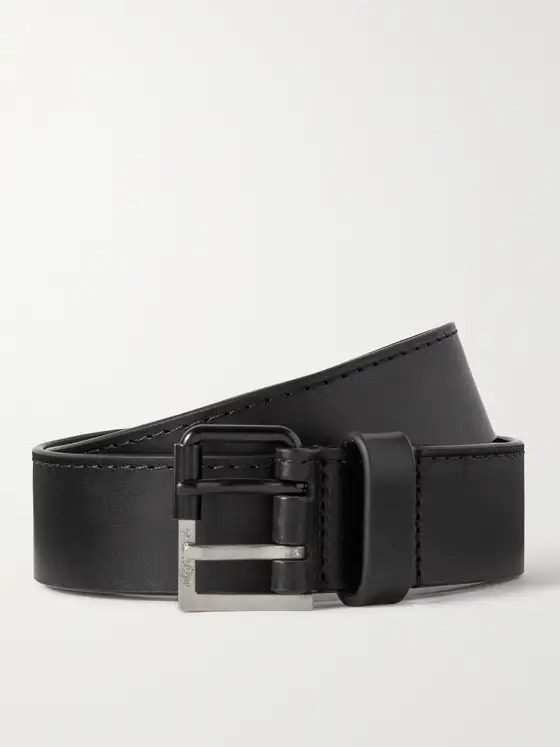 Here’s a piece of fashion trivia for you; Karl Lagerfeld oversaw (and designed) Chanel, Fendi, and his own line. It makes you wonder if Uncle Karl ever slept. This men’s designer belt uses the house’s double F logo, which was also designed by Lagerfeld, and is highlighted with silver studs along its length.

This top American brand is known for its sleek and handsome menswear and is only eighteen years old, but as young as it (relatively) is, Rag& Bone’s designs dominate the denim space. This suede belt has a slightly rough finish making it the perfect companion for jeans and cords. 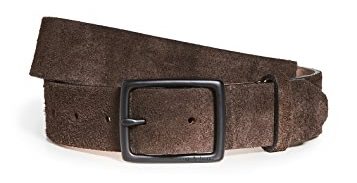 There are very few designer logos that are instantly recognizable the world over, and Gucci’s entwined G’s is more than likely on top of that list. This leather belt is adjustable.

Hermès started out as a saddlery, and yes, you can still buy tack (expensive tack) today. This “H” shaped buckle quietly telegraphs to the world that you have excellent taste. This reversible belt goes from black to a deep Prussian blue in a flash.

Stylish Leather Belts That Will Keep Your Pants From Sagging