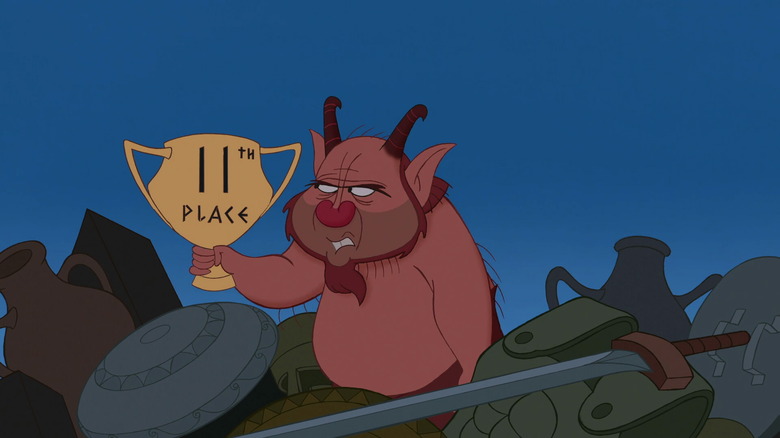 John Musker and Ron Clements' 1997 animated film "Hercules" is one of the more notable hot messes in the Disney animated canon. Based -- very, very, very, very loosely -- on Greek mythology, it tells the story of the rise of Hercules (Tim Daly), a son of Zeus (Rip Torn), whose godlike powers are robbed in infancy by Hades (James Woods), and his quest to return to Olympus by proving himself a true hero on Earth. His heroism is facilitated by his coach, the satyr Philoctetes (Danny DeVito), although continued mortality is made more tempting by his falling in love with Megara (Susan Egan), a flip heroine in her own right. Overseeing the action is a quintet of Muses (Thalia, Melpomene, Calliope, Terpsichore, and Clio -- I guess Polyhymnia, Urania, Erato, and Euterpe were busy) envisioned -- bafflingly -- as Christian gospel singers. Never mind that the events of "Hercules" take place long before Christ was born.

Disney announced today that they plan on remaking Hercules in live-action, making it the most recent in a money-making trend that included remakes of "Alice in Wonderland," "The Jungle Book," "Aladdin," "The Lion King," "Beauty and the Beast," and several others. Guy Ritchie, who directed "Aladdin" will helm.

While the films in this recent wave of remakes differ wildly in quality and theme (some expand on the animated originals, others merely repeat them), there is always going to be a "fun part" when the remakes are announced: speculating who will play the notable lead roles, embodying beloved animated characters in real life. And since we're here to have fun, let the speculation begin. 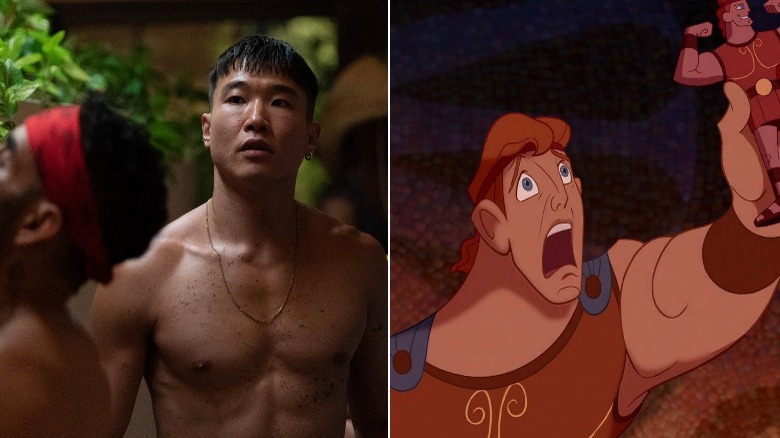 Hercules is a young, funny, kind of clueless bohunkular slab of buttsteak with little character beyond his ambition. And while clueless bohunks are a dime a dozen in Hollywood these days (I'm looking at you, MCU) it might be wiser to catch a comedy star with the chops to play a charismatic cartoon hero. Enter Joel Kim Booster, the star of the recent Hulu film "Fire Island." Booster started his career on the web series Kam Kardashian in 2013, and has fostered a career as a standup comedian, writer, and comedy voice actor for the past decade, having appeared on shows like "BoJack Horseman," "Big Mouth," "Bob's Burgers," and "American Dad!" Booster has a great sense of humor, a Herculean physique, and some damn sharp comedy skills. 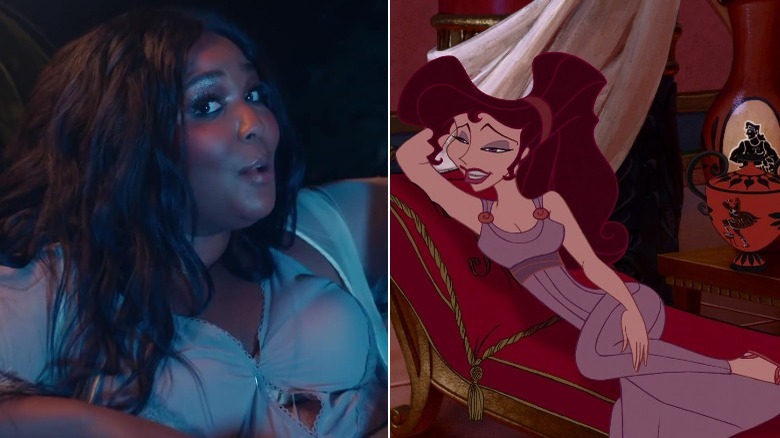 Megara is a sarcastic singer, also quite funny, who is secretly in the thrall of Hades, hired to put the kibosh on Hercules' quest, eager to break his heart, but who finds herself falling in love with the lunkhead anyway. If you need a sarcastic singer, look no further than pop idol Lizzo who could belt out a fantastic rendition of "I Won't Say I'm in Love." She'll also assure that a Disney film will skew away from cleanliness and toward something with a mite more edge. The 1997 "Hercules" is clean as a whistle. Lizzo's very attitude could combat that. Lizzo has very little experience acting in film -- her only two credits are as a voice in "The UglyDolls Movie" and a small but striking part in Lorene Scafaria's excellent "Hustlers."

The time has come to get her lack on the big screen. The only unbelievable part would be accepting that Lizzo would take orders from anyone. 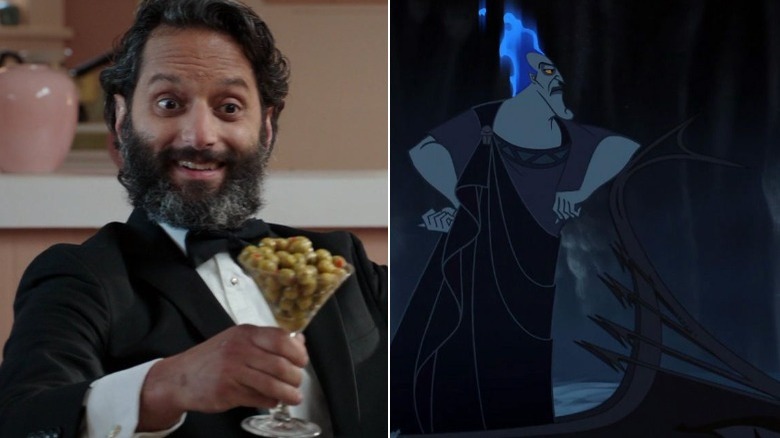 A perpetually welcome gadfly in the comedy world, Jason Mantzoukas has likely been involved in any comedy project you're familiar with. Look it up, Mantzoukas is in it. "Bob's Burgers," "Big Mouth," "Dickinson," "Community," "John Wick," "Batman," "Gilmore Girls," The X-Men universe, "Star Trek," Tommy Lee's penis ... there is nothing the man can't do, or will say no to. No matter what role he plays, he typically plays it like, well, Jason Mantzoukas, bringing his own irrepressible personality to the role.

So why not the lord of the underworld? In the 1997 original, Hades was played like a fast-talking showbiz agent talking about kissing and schmoozing. Mantzoukas would bring an additional bluster to the role, adding an element of chaos that, quite frankly, we could all use more of in our lives. 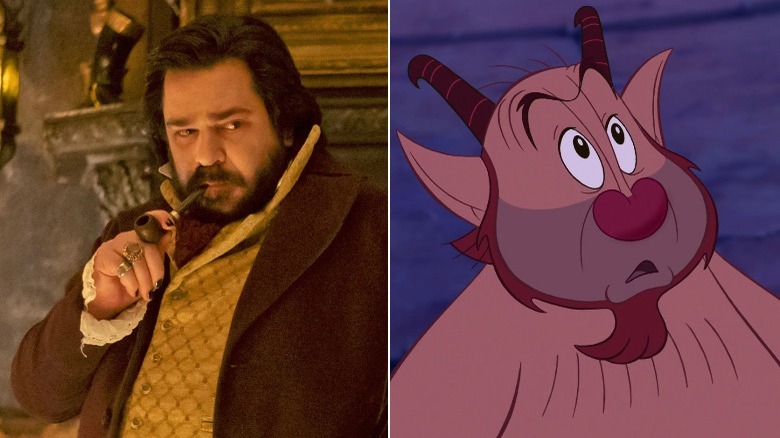 Matt Berry is one of those rare comedians who can make any line of dialogue funny, just in its delivery. Berry could reduce you to tears with a mere "good morning." Foe the past few years, Berry has been the best actor on the raunchy vampire mockumentary TV show "What We Do in the Shadows" (also: every actor is the best actor on "What We Do in the Shadows"). Berry is no stranger to absurd, weird roles, having played both a space dolphin and another Greek deity, Neptune, in two different SpongeBob Squarepants movies. He is also familiar with both revisionist fairy tales with "Snow White and the Huntsman," and with Disney, having appeared in the turgid "Christopher Robin." He was even a voice on "The Book of Boba Fett." Playing a satyr feels like a natural next step.

Heck, let's just cast Berry as Hercules as well. And as Megara. And as Hades. He'd do it. 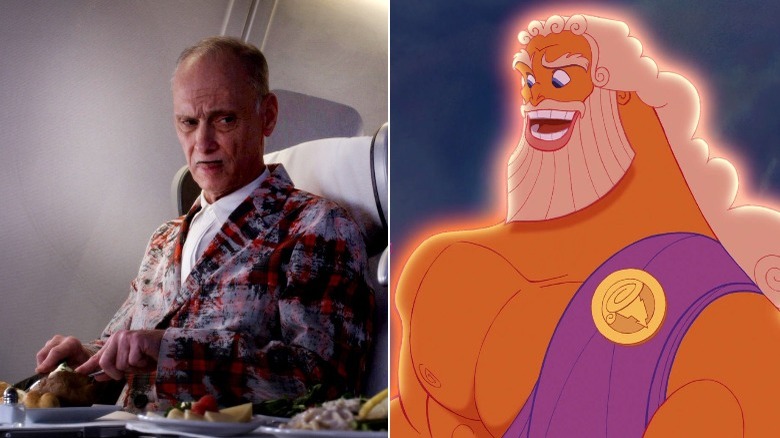 Zeus, if you read mythology, was a massive old pervert who took the form of animals in order to seduce and mate with human women. Monogamy was far from his mind, and he wasn't exactly a warm, fatherly figure. In the 1997 film, Disney attempted to make Zeus and Hera into doting parents, but anyone with even a passing knowledge of Hesiod's "Theogony" knew how hilarious that was. So let's bring back a little bit of filth into Zeus by casting the Pope of Trash himself, John Waters. Waters, 76, hasn't appeared in a film since "Alvin and the Chipmunks: The Road Chip," wherein he played himself, and sat next to Alvin on a plane. In that scene, Alvin admitted to watching "Pink Flamingos," which is its own special little pocket of madness.

If I think of Mt. Olympus and who might be sitting on top, I think of John Waters. 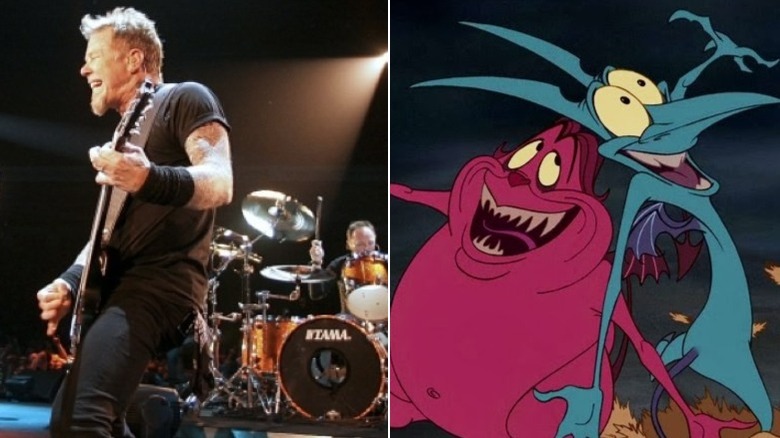 In true Disney fashion, "Hercules" contains any number of cute animals sidekicks, more notably among them the miniature demons Pain and Panic, the hench-creatures of Hades. In the film, the casting was already impeccable, with Bob Goldthwait and Matt Frewer playing the parts. But an update is necessary, and when it comes to bickersome demons who hang around death a lot, but also argue a lot, one can't get more perfect than James Hetfield and Lars Ulrich of the biggest metal band of all time, Metallica. In the 2004 "Metallica: Some Kind of Monster," the band was seen going through group therapy, pushed through their mutual resentment by their producer, eventually staggering their way into the album "St. Anger," handily the band's worst.

Additionally, a big theme of the 1997 film is merchandising and having one's work being exploited by marketers. If one knows anything about Lars Ulrich, it was an infamous beef he had with Napster, and the money he was losing from file-sharing sites (back when they were in vogue). Ulrich buying Herc merch would have a very different read than Matt Frewer. 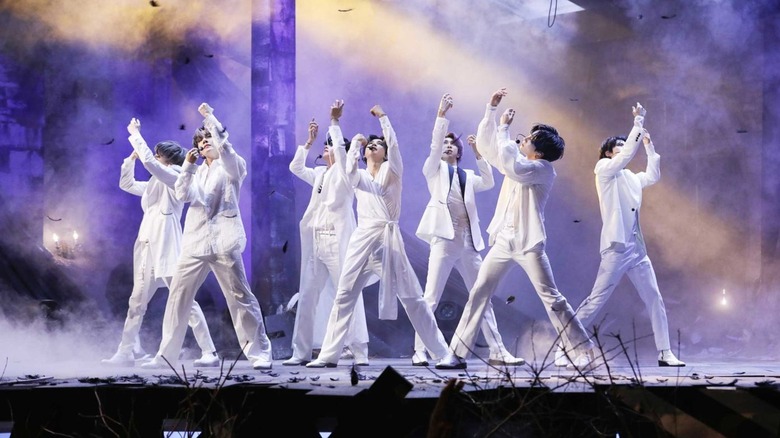 Okay, so there are nine Muses and only seven members of BTS -- Jungkook, V, Jimin, RM, J-Hope, Suga, and Jin -- but that's still two more than muses that appeared in the 1997 "Hercules" film. Also, let's all admit that while the gospel music was fun in "Hercules," it was a truly bizarre aesthetic decision that didn't evoke Greek mythology at all. Agreed that BTS would also not reflect Greek history, but the world's biggest K-Pop band could certainly bring the glitz required by a story about a character seeking to be a famous hero. They are hot like summer, those BTS kids. Let's get them into a Disney movie. Can you think of anyone who you'd rather see narrate a Disney remake?

Read this next: 14 Remakes That Are Better Than The Original