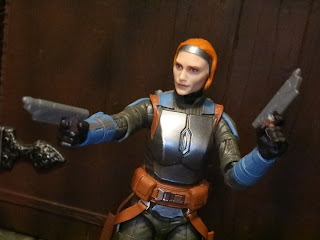 It's been kind of tough to find new Star Wars: The Black Series figures recently so I was thrilled to find a Bo-Katan Kryze from season 2 of The Mandalorian, one of the newest Star Wars figures around! Bo-Katan first appeared in season 4 of The Clone Wars and quickly became a fan favorite. She was voiced by Katee Sackhoff in the animated show and it was pretty incredible that Katee Sackhoff returned to portray her in live action for The Mandalorian. She became a major player and with how season 2 left things I'm expecting her to return for season 3. While it's still quite silly that Hasbro and Disney cannot get on the same page so that most figures are ready for store shelves when the show is actually airing it is nice that they managed to have Bo-Katan out relatively soon (remember how it took Hasbro almost two flipping years to have a figure of Luke Skywalker on shelves after his appearance in The Force Awakens) and she's extremely show accurate. Let's check her out after the break... 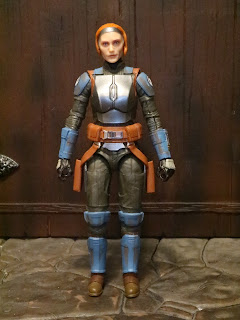 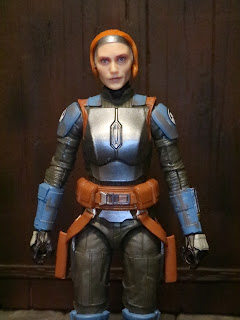 * Bo-Katan Kryze is an all new sculpt (which will be used for Koska Reeves in a few months, I believe) using the newer articulation model and, wow, did she turn out nice. The paint is awesome with a fantastic metallic look to the armored plating on her chest and plenty of excellent details. I'm loving that we're getting so many Mandalorians (or people wearing Mandalorian armor) in the Black Series lately and it's nice that they always turn out so well. The paint is fantastic and is definitely some of the best work we've seen. 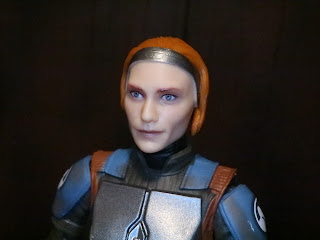 * There's really only one part of the figure I've found fault with and it's the headsculpt. For right now ignore the hair and just concentrate on the face. It's not a perfect likeness but I think it's pretty good. It seems a bit more severe and gaunt than how Katee Sackhoff usually looks but it might be more fitting for Bo-Katan, the Mandalorian warrior. I think it's the way the hair has been flattened that it throwing off the likeness. The likeness itself seems to be pretty excellent. 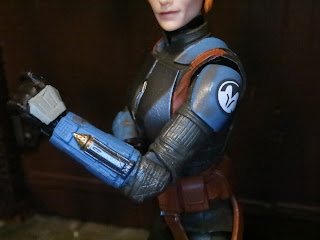 * Bo-Katan is, of course, rocking the Mandalorian vambraces that offer plenty of goodies for combat. She's also sporting the symbol of the Night Owls on her shoulders. It's a great print, very neat and clean. 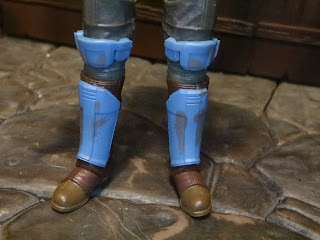 * Her boots are also cool with some solid weathering effects. Hasbro doesn't always go out with details like this but when they do it really elevates the figure. 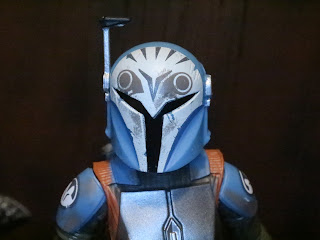 * Bo-Katan's helmet is excellent. The paint work is really nicely applied on it and the helmet fits her head perfectly. It doesn't look oversized or anything. 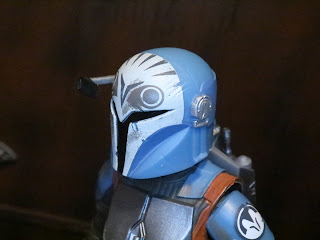 * Check out the rangefinder! It actually rotates! You can move it up and down! 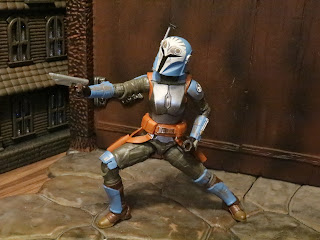 * The articulation is excellent, but that's pretty much true for most of the Black Series figures from the last few years. She's built using the newer articulation model including swivel/hinge knees and elbows with an improved range of movement, lateral "butterfly" shoulders, and a balljointed neck and balljointed head. Her torso armor is a rubbery overlay so when posing her shoulders the pauldrons can move with ease. 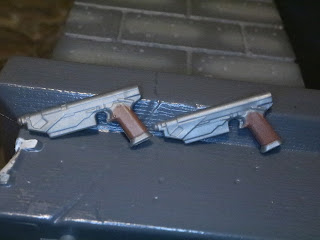 * Bo-Katan is sporting dual WESTAR-35 blaster pistols. They look great (I think they're new sculpts) and they even get a paint application for the handles. 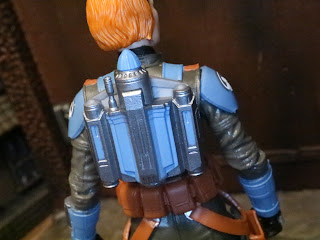 * She also comes with a jetpack. It stays on perfectly, has a killer sculpt, and some excellent paint applications. 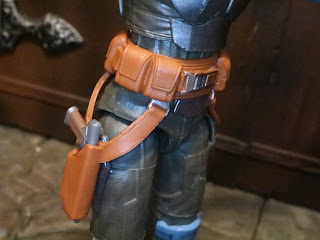 * Bo-Katan's belt is also pretty cool. It's a separate piece (though not removable) and the holsters hang freely over her left and right hips. The WESTAR-35s fit in there perfectly, giving her easy access to her weapons when she confronts the enemies of Mandalore. 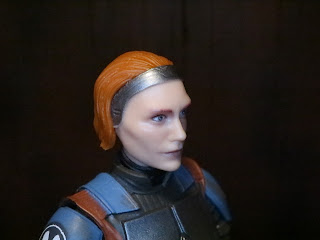 The Negatives:
* Here's my negative: I think Bo-Katan's hair is way too "flat" looking and it throws off her portrait. The face looks like Bo-Katan from the Mandalorian while the hair looks like Bo-Katan from The Clone Wars. It's probably made to be flatter so it doesn't interfere with the helmet but I think Hasbro should have went with a separate helmeted head to preserve her hair style better. 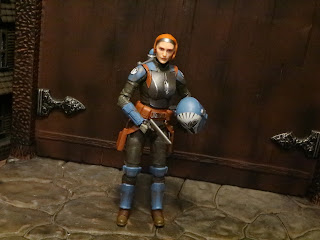 Bo-Katan is one of the best Star Wars: The Black Series figures of the year. OK, yeah, there's not been that many releases yet, but she definitely feels like she's going to be one of the figures that will be hard to top this year. The likeness is not absolutely perfect due to the hair but it's still quite good. Everything else absolutely hits the mark, though: Fantastic accessories, functional helmet, and excellent sculpting and paintwork. She's an amazing figure and definitely worthy of an Epic rating. Hasbro does a fantastic job with the Mandalorians in this line and Bo-Katan Kryze is another brilliant one to add to your shelf.
This is the first figure of Bo-Katan Kryze I've reviewed. For more reviews from Star Wars: The Black Series Phase IV check out the following:
332nd Ahsoka's Clone Trooper
Admiral Ackbar
Ahsoka Tano (The Clone Wars)